This moist and tender Apple Cider Cake is autumn in a Bundt pan! A delicious fall-flavored cake made with warm spices and crunchy apple bits coated in cinnamon sugar. It tastes just like the apple cider donuts you love but is easier to make and with more to go around.

After making Homemade Apple Fritters, my apple-cinnamon craze continues with this delicious apple cider donut bundt cake. This recipe is an easier, less hands-on way of making apple cider donuts. You get all the flavors and textures but with less time and effort.

I did not have to stand around in front of my stovetop all day to make it. 15 minutes was all it took to get everything ready to pop in the oven. I juggle a lot at my house so I basically love anything you can quickly mix together, dump in a pan and bake! Am I right, mamas?

Why this Recipe Works:

Optional for the glaze:

What kind of apples works well in this recipe?

Everyone has their favorites, but I especially enjoy tart apples in baked goods. Some great ones to try are: Granny Smith, Braeburn, Honeycrisp, or Macintosh.

I don’t have any olive oil – is there a good substitute?

Yes, you could substitute vegetable oil, canola oil, or even melted butter.

I don’t seem to have brown (or white) sugar – can I just use one or the other?

Yes, it will change the texture slightly but will still be delicious!

Could I use whole wheat flour in this recipe?

Yes, but I would recommend only substituting up to 1 cup of whole wheat flour. So, you would still use 2 cups of all-purpose flour. Otherwise, the texture will be off.

I don’t have any apples right now – can I still make the cake?

Yes, I would recommend adding an extra ⅓ cup of applesauce – so the total applesauce is 1 cup if you are leaving out the apple.

I don’t have any fresh apple cider – can I just use apple juice?

If you are in a bind, that should work. Just be sure that it is unsweetened apple juice 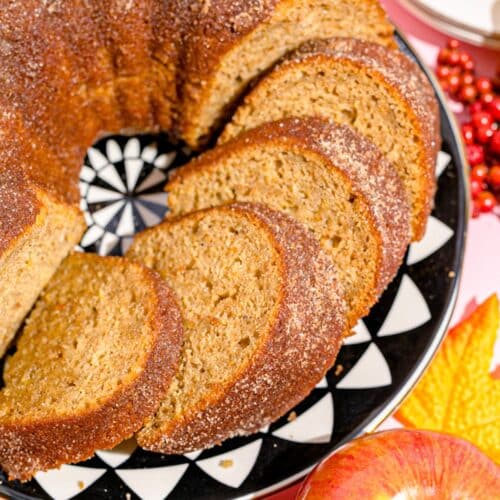 Other Recipes You May Enjoy 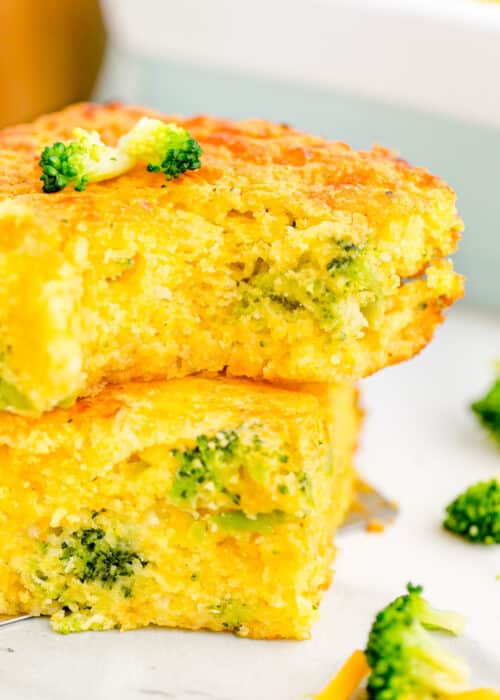 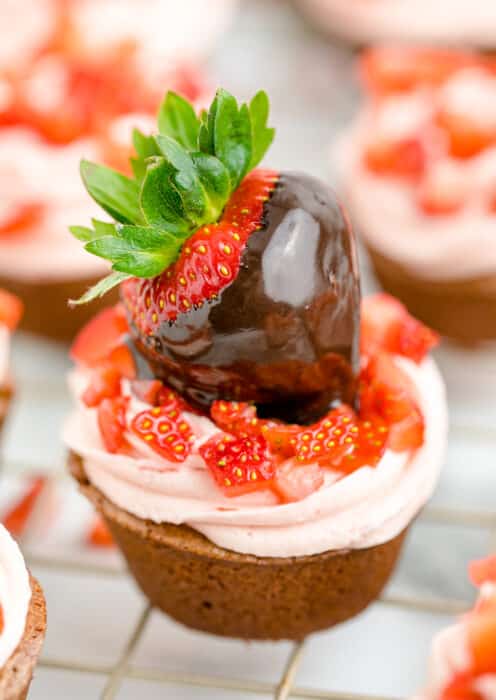 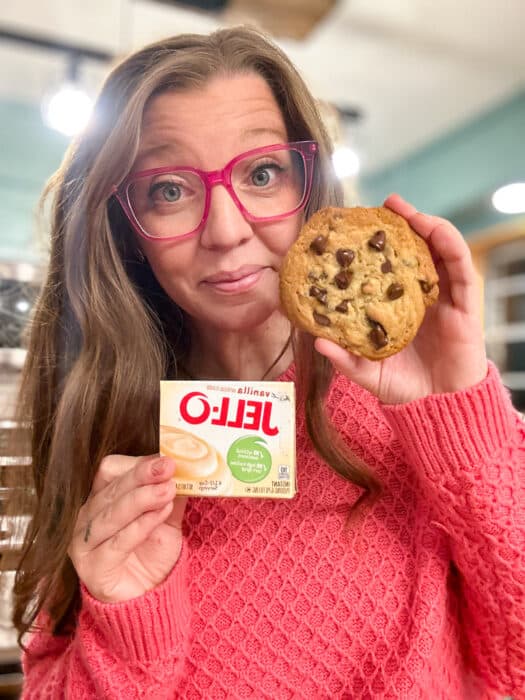 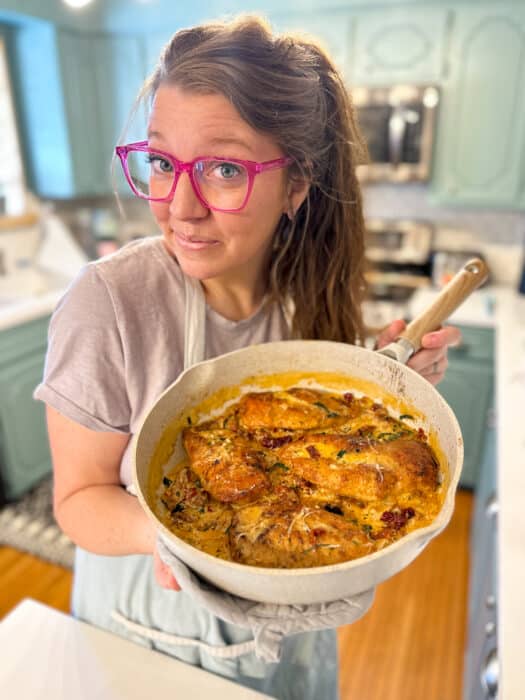 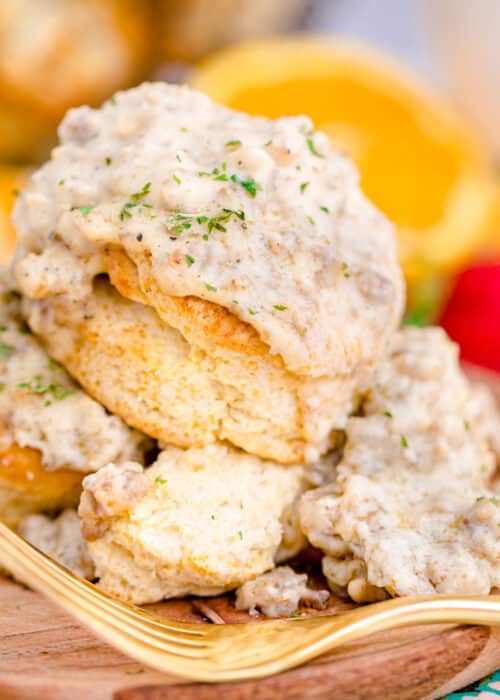 Biscuits and Gravy (from Scratch) 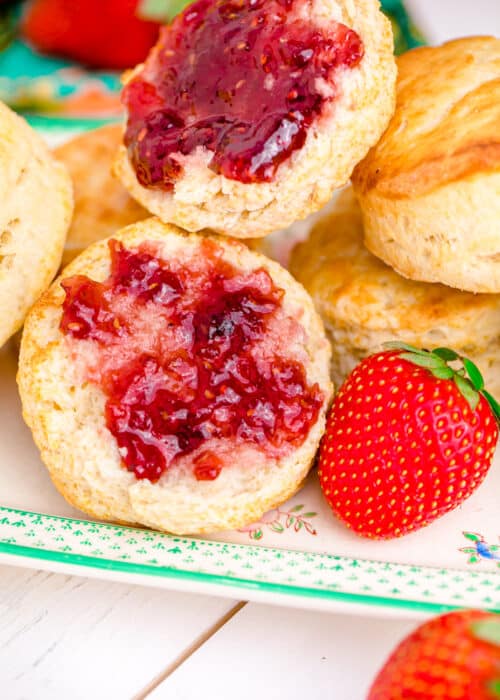 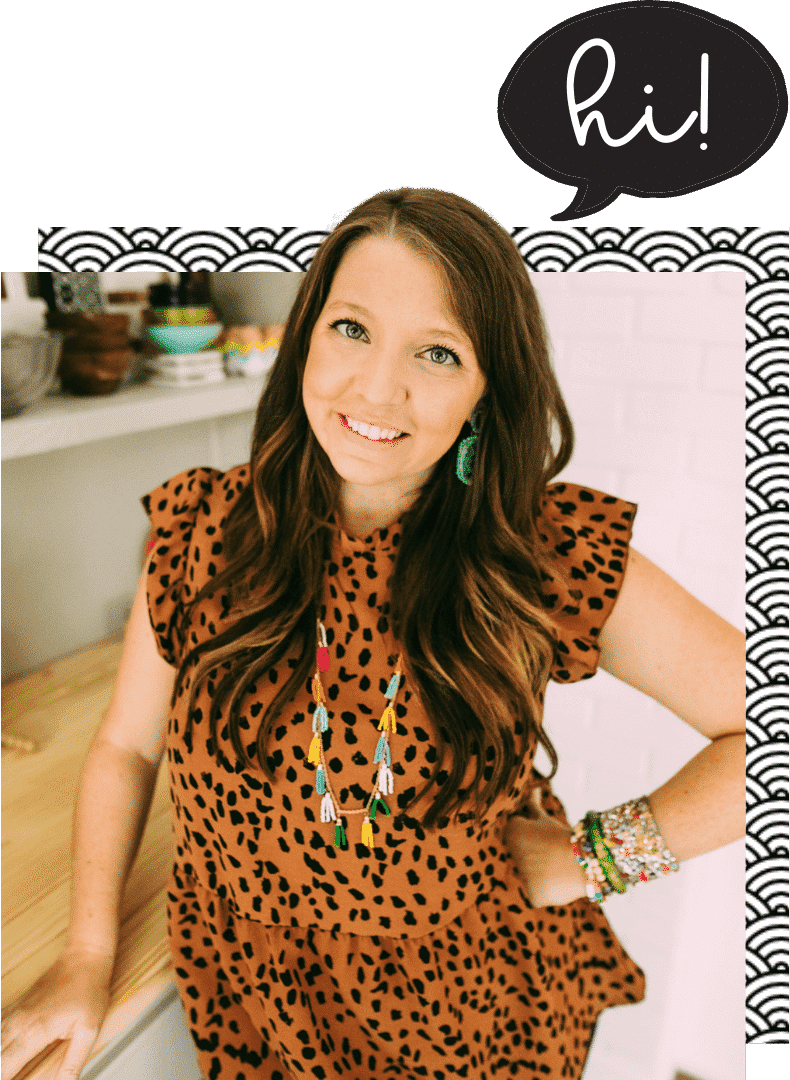 If you love easy, semi-homemade recipes that remind you of your favorite comfort foods and look like a million bucks, this is the place for you friend!